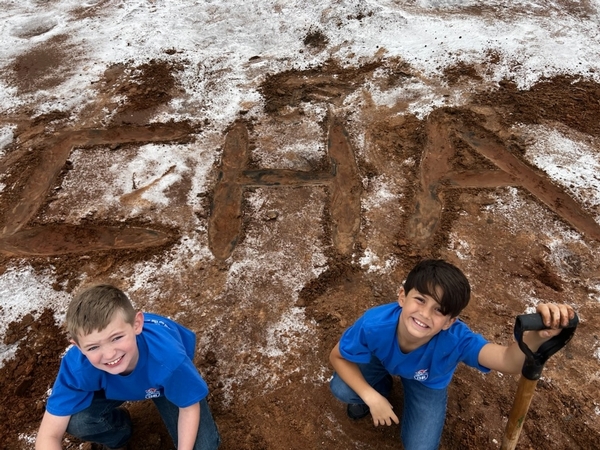 CHA has a rich tradition of unique and academically-targeted field trips at each elementary grade level. From Noah Webster’s Day in second grade to Creation Nation in fifth grade, students have the opportunity to enhance their studies through experiential learning opportunities.

Recently, the third grade took a field trip to The Great Salt Plains National Park area in Jet, Oklahoma. The trip was in conjunction with third graders' study of rocks and minerals. The dig area of the park is only open from April 1 to October 15 each year, and the location where visitors are allowed to dig and take crystals rotates annually within the park area. The crystals found in the area are called selenite crystals. This area in Oklahoma is the only location in the world where the crystals contain an hourglass-shaped deposit of iron-red Oklahoma dirt. Third graders learned that the significant salt deposit in the area was an effect of a time in history when sea water covered the land from Noah's Flood.

Matthew 5:14 calls Christians the “salt of the earth.” Salt is not only a preservative but is used as a flavoring, purifying, and healing agent. As believers, God wants us to purify, heal, and bring abundant flavor into His world. Isn’t it also interesting that no other place on the planet have geologists discovered the unique selenite crystals which contain hourglass-shaped crystals? (see picture below) What an impactful reminder that the hour is coming when every knee will bow and tongue confess that Jesus is Lord (Philippians 2:10-11)!  Let’s make the most of the time that we have been given by being salt in this lost world.